AirPods: A Preview of the Metaverse

Why is it we limit screen time, but endlessly stream audio?

I wonder if when Jonah was swallowed he wished for a pair of AirPods to spare him from the gastric echoes of that whale. Or if more mothers are requesting them during delivery, so that they can mute the horrors of their newborn’s screams. Maybe I'm being facetious. But, I do wonder how this wearable accessory has universally affixed itself to our ears. The AirPods' proliferation has not only made it a product which, if it was its own entity, would be more valuable than "Shopify, Snap, and Twitter combined," but it's also the de facto symbol of establishing an individual's social relevance.  It is no longer just a wearable, but an exoskeleton. A symbol of one's evolutionary standing, and more importantly a glimpse at life in the metaverse.

Every Sunday, a notification on my phone informs me of my weekly screen-time activities. I believe the number is inflated. But, regardless of its accuracy, I'm programmed to believe in some ethic that values minimizing it each week. I've been informed of the dangers of staring into a phone for too long - of seeing pixels more than people. But, where are the heeds to minimize - or at least monitor - the time our ears are phoned into a digital stream? Why are we so keen to censor screen time, and yet leave our ears to fend for themselves?

Perhaps the lack of concern stems from the differences between audio and visual content. At first glance, audio content is a foreign entity when compared to the glamour shots and cheap humored memes that dominate our visual feeds. What's digitally transmitted into our ears is categorically sophisticated. An experience dominated by songs, podcasts, and audiobooks. The nature of this content permits us to unceasingly consume streams of audio on the belief that what transmits through the ears is healthier - more artistic, intellectual, or thoughtful.

Yet, every minute plugged into our headphones is, in some way, diminishing the experience of hearing. Just as a "picture doesn't do it justice" whenever we try to capture the grandeur of a mountain range or attraction of a nearby lover, these sounds, compressed to stream, can't possibly mimic the fullness of acoustics our ears are capable of transmitting. Our ears, once passageways for organic, uncompressed audio have been reduced to ingesting sound waves which can only stream through bluetooth.

The result is something akin of an epidemic of malnourished hearing. Would this not explain the rise in sound baths and sonic cleanses; give reason to the ascent of silent retreats. Are these not symptoms of a society yearning to hear - not literally, but more fully? And more importantly, is this yearning anything but a preview of life in the metaverse?

Zuckerburg claims that the metaverse promises "layers of reality." He's quixotic. Amanda Hess, of the NYT, sees the metaverse more poignantly, as "a virtual retirement community where isolated millennials can live out their final days." Kyle Chayka details the mundane experience of entering the metaverse in his article "Facebook Wants Us to Live in the Metaverse."

"...accessing this hypothetical world would require sitting on your couch strapped into a V.R. headset and wearing motion-tracking gloves—not a particularly “natural” state. A single reference to “immersive all-day experiences” suggests that Zuckerberg, far from helping us escape mediating technology, expects that we will be engaging in it for many hours straight. Work, entertainment, socializing, even education—all are fodder for the metaverse. In language eerily similar to how he once spoke about Facebook, Zuckerberg emphasizes that the metaverse would facilitate 'the most important experience of all: connecting with people.'”

In sum, the metaverse promises a society technically more connected, but leaves its participants physically and emotionally less attuned to themselves and others. If we need any evidence of the psychological effects awaiting us in the metaverse, let us recount any of the harrowing accounts of suicide directly related to time spent on social media.  These technologies, while offering opportunities of pseudo-connectivity, simultaneously belittle and entrap our bodies and minds into a reality less satisfying than encounters in the organic world. And unfortunately, these applications command exclusive attention. Less common are social applications a companion to physical life, but a replacement. And this, is perhaps, the metaverse's greatest threat to the human experience and its existence. Because a life that happens exclusively in a programmed reality diminishes one of the greatest possibilities of human life: serendipity.

I've walked past lost couples looking for help who've made eye contact with me, and then my earbuds, who perceived that I was unavailable. Neighbors on the elevator open their mouth for small talk, but keep it closed when I notice they see my earbuds in place. Strangers at the grocery store mumble a sentence, I pause to ask what, but the moment is gone, and they say "never mind." The headphones make me inaccessible. But, even a book, for some unexplainable reason, invites strangers to ask "what are you reading?" I've yet to encounter a moment when someone taps me on the shoulder to ask "what are you listening to?" It feels too taboo. Those worlds, the one in my ear, and outside of it, aren't meant to collide.

So, I'm left listening to some compressed version of a conversation I could have with another person while I opt for the simulation. I'm streaming fantastic stories and listening to my favorite music. But could I really tell you what it feels like to experience them unfiltered? This situation reminds me of one of the greatest monologues in cinema, when Robin Williams' character levels with Will Hunting on what it means to know that life is not just an intellectual exercise.

Below is a preview of the quote. Take five minutes to watch the embedded clip. Or take two hours this evening to watch the entire film - and leave your AirPods charging.

"So if I asked you about art, you'd probably give me the skinny on every art book ever written. Michelangelo, you know a lot about him. Life's work, political aspirations, him and the pope, sexual orientations, the whole works, right? But I'll bet you can't tell me what it smells like in the Sistine Chapel. You've never actually stood there and looked up at that beautiful ceiling; seen that..." 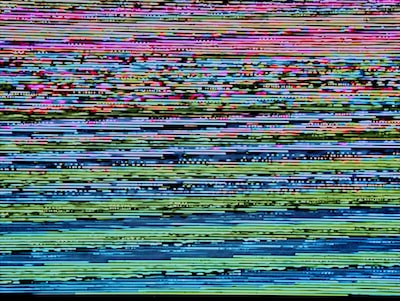 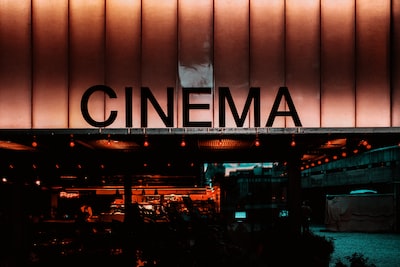