Isaac Asimov, acclaimed writer of the Foundation series, which AppleTV+ began adapting late 2021, famously said, "today's science-fiction is tomorrow's science." Asimov belonged to a group of sci-fi writer's whose stories were classified as "hard." That is, his writing concerned itself with the technical probability of specific inventions transpiring as reality.  This makes sense, given his tenured role as professor in biochemistry at Boston University. For him, portraying scientific advancements in literature was not a demonstration of imagination but a creative expression of scientific theory. One which should pave a path for future experimentations.

In many ways, the opposite has become true. There are hundreds of sites that read like sci-fi, but aren't. Today, news reports discuss the development of a  sentient A.I., the future of gene editing with CRSIPR, and the creation of synthetic embryos grown from stem cells. Stuff which decades ago, was pure fiction.

Below is a list of ten sites that continue to prove that yesterday's sci-fi is today's science and that there has never been such exciting advancements in science and technology than now.

Founded in 1993 by Kevin Kelley, Wired has been a mainstream staple for humanizing stories in tech and science. A must read for anyone interested in the current state and future of our technological world.

If you want to test your skills as a short-story writer, submit to their monthly six word sci-fi competition.

Columbia University is where the atomic bomb was made, and has called itself home to over 70 Nobel Laureates in the natural sciences.   In short, the campus has been a breeding ground for world-changing discoveries over the past two centuries. That innovation hasn't slowed, and you can read about some of their most exciting - public - discoveries on Columbia's engineering blog.

The University of Cambridge coalesces its colleges discoveries on this single page of "stories." Here, you can discover how video game monsters are used to treat anxiety, the discovery of six new species of frogs, and the use of dove faces in medieval medicine.  See what some of the brightest minds are discovering across the sciences and humanities on this site.

The Wyss institude is Harvard's "biologically inspired engineering" laboratory. Rooted in the principal that "discoveries can't change the world if they don't leave the lab," The Wyss Institute has positioned itself to commercialize the next great bio-tech products. Explore their site to read about eco-friendly air conditioning, cell patches that slow tumor growth, and other discoveries in diagnostics, therapeutics, sustainability, and MedTech.

Founded in 1985, MIT's Media Lab converged researches from differing fields of sciences, design, and technology, creating one of the most impactful interdisciplinary labs on the planet. Their blog continues to showcase the wildest discoveries in nano-tech, the conversion of the arts and sciences, or spacesuit technologies - among other mind blowing topics.

If you feel at peace, consider that a measure of your ignorance. This map shows, in live time, the hundreds of millions of cyber attacks that occur, or are attempted, or each day. Watch it for a bit, and suddenly browsing the web feels like walking down a dark, unwelcoming alley.

It's the stuff of general's dreams. This site is a live thread of enemy advancements, skirmishes, and explosions, all reported alongside estimated GPS points. WWII was declared victorious in newspapers. America "exited" Iraq on live television. Today's wars will be declared won or lost in live stream - inviting anyone into the conflict who wishes to partake.

As an aside, this is an early rendition of Dan Carlin's War Remains exhibit, which takes viewers into a 3D rendition of war through immersive VR.

The group behind the controversial and coveted GPT-3 and DALL·E2 frequently post updates on their site. Follow for the most exciting developments in artificial intelligence.

The leading academic journal for all thing science. No research on any scientific or technological topic is complete without researching and referencing Nature.

The creators of the internet haven't stopped transforming the world since 1969. The secretive defense research group discloses only a modicum of the projects they're actively working on. For a look into their needs, however, head to DARPA's job board. Especially if you've experience with liquid mirrors, microelectronics, or nucleation of ice crystallization. Tomorrow's defenses are designed at DARPA.

The sites tag "wonder what's next," converges some of the most consumable and relevant advancements of technology into videos and news stories. If you prefer someone to do the work of interpreting the impact of findings for you, this blog will surely expand your mind and broaden your imagination.


What We've Forgotten: 9/11 and the Death of the American Imagination 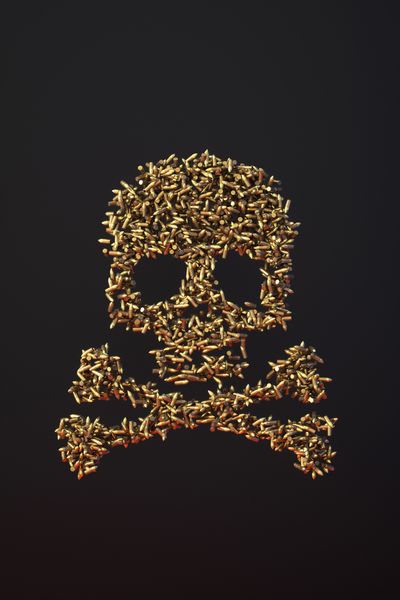