Book bans have been a constant in U.S. history, what's so different about these in 2022?

Book Bans By The Numbers

1,145 unique titles banned from U.S. school libraries or classrooms
2 million school children affected by bans nationwide
33 states with active book bans
122 laws active or pending that will broaden
$10,000 per student: amount that Indiana will fine a violating school district
0: the number of credits a high-school student in Ohio will receive if a course has taught "prohibited concepts"

The State of Nationwide Book Bans

At the time of this writing there are 1,145 books banned from libraries or classrooms across U.S. schools. This is the largest number of bans recorded by the American Library Association since the organization began tracking book censorship in 2001. Today, these bans prohibit an estimated two million school children across the United States from accessing books like, Malala: My Story of Standing Up for Girls' Rights, How to Be an Antiracist, by Ibram X. Kendi, and Between the World and Me by Ta-Nehisi Coates. The particular books being banned are concerning, so are the trends targeting books that explicitly address minority experiences or LGBTQ+ themes. But what's most alarming is not the volume of or the particular bans, it is the methodology of these bans. If these bans are a foreshadowing to future attempts to silence authors, they are a harrowing view of the future of intellectual freedom in America.

In February of 2022, a Tennessee pastor held a book burning ceremony, inviting his congregation to purge themselves of "demonic influences." The congregation burned copies of Harry Potter, Twilight, and other objects like Oija boards. Though alarming, this event was ultimately seen as an expression of ultra-conservative angst with no cultural power. A blip in the post-Trump news cycle. So, when stories began circulating about an unprecedented number of bans across the country it too seemed like over-hyped reporting of disgruntled suburbanite mobs with no real political clout.

Since the creation of the Miller Test, book bans mostly occur at a municipal level. A parent, or group of parents, usually attends a school board meeting complaining about the contents of a book. That book goes under review, and then that school district decides if it will continue to allow that book to remain on its publicly funded shelves or taught in curriculum. In essence, each town decides if a book is too obscene for a child to read by themselves or requires the guidance of an adult to safely comprehend.  What's occurring today is far more draconian.

PEN America, a nonprofit organization that elevates free expression through the advancement of literature, reports that since January of last year, "122 educational gag order bills have been introduced or prefiled in 33 different states" by state or elected officials. The sweeping language of these bills are chilling, which in sum prohibit the instruction of books that contain "anti-American ideologies."

The state and federal legislators are exercising their full power in these bills by introducing harsh punishments alongside these bans. In many of these bills teachers are subject to immediate termination if caught teaching impermissible materials and include clauses that would allow states to immediately sever funding to violating districts. The most draconian of these bills include clauses for on-the-job surveillance. One bill in Florida allows parents to watch and scrutinize streams of "their children’s classrooms for signs of 'critical race theory.'” In Indiana, HB 1231 would allow a taxpayer  - not a parent, but a taxpayer - to “observe classroom instruction at any time requested."

"attempts to legislate constraints on certain depictions or discussions of United States history and society in educational settings; to stigmatize and suppress specific intellectual frameworks, academic arguments, and opinions; and to impose a particular political diktat on numerous forms of public education. Taken together, these efforts amount to a sweeping crusade for content- and viewpoint-based state censorship."  - PEN America

Book bans are nothing new. In fact, they're a constant. And in many instances, a plea for preserving youthfulness. This agenda proceeds with little controversy whenever it comes to prohibiting children from tobacco, pornography, alcohol, labor, or war. We know the dangers of human development if exposed to these objects or experiences too early. But when the topic is about media and the expression of particular ideologies, censorship becomes divisive. In the early 2000's lawmakers blamed rising teen violence on the video game Grand Theft Auto. The early days of MPAA ratings weren't without their controversies either.

But it's those forms of media that lawmakers equivocate in their agenda. To quote Virginia lawmaker, Tim Anderson: "we’re just trying to say ‘hey, you are selling books that are not appropriate for children and you can’t sell them to children no more than a movie theater can let a child go into an R rated movie without their parents’ consent.'”

But is literature being misappropriately grouped with other sensory experiences, what are the actual dangers of stunting growth or developing trauma through literature? If lack of censorship has any proven toxicity in this country it is in medium not content. Countless anecdotes, studies, investigations, court cases, and documentaries suggest that the most dangerous forms of media are algorithm driven multi-media platforms. While literature may attribute to fueling the occasional college-kid into fiercely following communism, there lacks any qualitative evidence that access to creative literature has ever negatively impacted a culture.

Moreover, the experience of literature is unequivocal to film. In visual media a person is subject to a multi-dimensional experience wherein they are witnesses to stimuli which they cannot conjure themselves. It is why videos can have a literal traumatic effect - as someone is forced to visualize an experience they might not otherwise undertake. To read is to experience language in a manner which the reader has the capacity to order, it commands imagination, and occurs at a pace which the reader completely controls. It is, by all accounts, the safest form of media to consume.

Which brings us to the hypocrisy in these bans which are spearheaded by conservative politicians who in one breathe will mock cancel culture and in another celebrate it whenever cancellations appeal to their base. Recognizing this hypocrisy is not to engage in a form of cheap shot ad hominids. Rather, they're clues that point to an achievement worth the political risk of hypocrisy: intellectual control of youth.

Neutral observers of the most recent book bans may rightly recognize that in previous years book bans were fueled by leftist ideologies, and that the press in 2022 is only attempting to undermine efficacy of conservative politicians mobilizing their base. Such an argument must also believe that there is no distinction between attempted and actual murder.

So let's not political affiliation distract from the irreparable harm of legislative tactics banning books. There are other methods to ensure parental preference meets statehood authority while also minimizing censorship. Each school year commences with all kinds of signature slips for field-trip permission, known allergies, media consent, it doesn't seem logistically difficult to allow for parents to opt children out of accessing books that possess a certain maturity rating. But this would require a universal, independent, rating system similar to film's MPAA. And, it is book publishing industry's responsibility to organize this system to minimize government interference and censorship.

"In 1982... the Supreme Court ruled that students’ First Amendment rights were violated when Slaughterhouse-Five, among other titles, was removed from the school library. One of course immediately wonders how today’s Supreme Court might rule differently." - Jane Friedman, The Hot Sheet

Solutions aside, these laws invoke a harrowing, often misguided, analogy to Nazi Germany. A comparison I often avoid in any contemporary American politics. But there was an eerie moment in writing this article when I needed to clarify the definition of "draconian." Which Apple's dictionary exemplifies as follows: "the Nazis destroyed the independence of the press by a series of draconian laws." After reading it I imagined another: "American politicians destroyed a generation of  intellectual freedom  by a series of draconian laws."  Americans are more armed, less educated, and exist with less body autonomy. If this isn't yet a dystopia, it's behaving a lot like one. 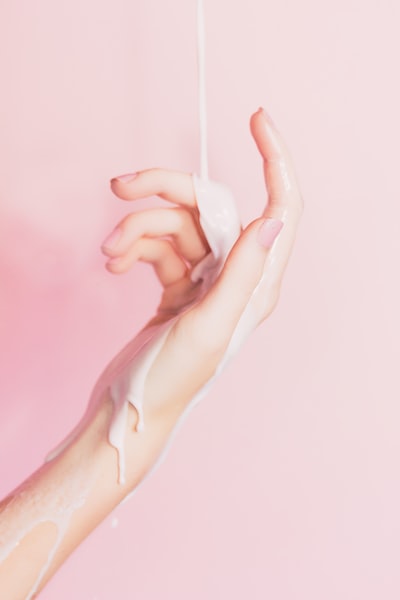 
Baby's Got A Rash


AirPods: A Preview of the Metaverse 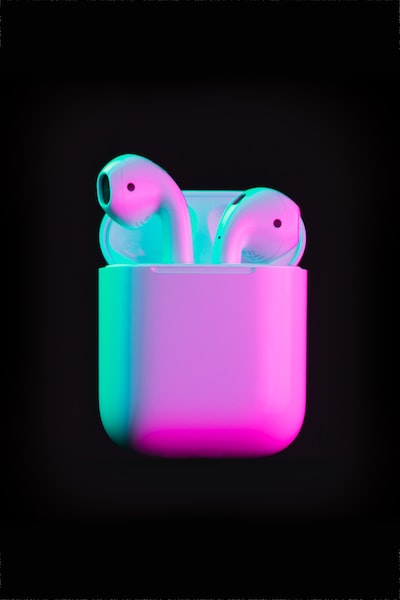