Five Salman Rushdie Books That Explain His Life & Near Deaths

Earlier this month, Salman Rushdie was stabbed. The magical realism author has lived in constant threat of assassination since 1989, after Iran's Ayatollah Khomeini issued a fatwa and $3M reward for the authors death. The dictum was in response to the publication of The Satanic Verses, a satirical novel about the prophet Muhammad's life. The response thrust Rushdie works into the international spotlight and simultaneously - paradoxically - him into hiding. His life and writings thereafter have been garnished with unsolicited titles that proclaimed him as a canary of the international state of freedom of speech, a living representation of U.S.-Iran relations, and a bellwether to domestic cultural wars.

After his stabbing this past August, the debate has been reignited.

While there is plentiful journalism on Mr. Rushdie's life and its symbolism. Hear from the author himself by reading one or all of the five books below that detail Salman Rushdie's life, art, writings, and pursuit of freedom through speech.

NOTE: the below "buy from" links are affiliate links which allow me to earn a commission from your purchases.

Rushdie's debut novel is an ambitious novel about the desire for immortality and the importance of death.

“Stories should be like life, slightly frayed at the edges, full of loose ends and lives juxtaposed by accident rather than some grand design. Most of life has no meaning--so it must surely be a distortion of life to tell tales in which every single element is meaningful?”

The Satanic Verses by Salman Rushdie

Following the publication of Satanic Verses Iran's Ayatollah Khomeini issued a fatwa - death sentence - for Rushdie and offered $3M to anyone who killed the author. The book is a satirical biography of the prophet Muhammad's life.

“From the beginning men used God to justify the unjustifiable.”

“An iceberg is water striving to be land; a mountain, especially a Himalaya, especially Everest, is land's attempt to metamorphose into sky; it is grounded in flight, the earth mutated--nearly--into air, and become, in the true sense, exalted. Long before she ever encountered the mountain, Allie was aware of its brooding presence in her soul.”

Rushdie tells all about his life before the fatwa, his time in hiding, and why he decided to once again write.

“All liberty required was that the space for discourse itself be protected. Liberty lay in the argument itself, not the resolution of that argument, in the ability to quarrel, even with the most cherished beliefs of others; a free society was not placid but turbulent. The bazaar of conflicting was the place where freedom rang.”

The Golden House by Salman Rushdie

One of Rushdie's least critically acclaimed novels. Its accused of being too vast and shallow, but The Golden House may actually be a meta narrative of its subject: the spoils and promises of starting anew in America

“How does one live amongst one’s fellow countrymen and countrywomen when you don’t know which of them is numbered amongst the sixty-million-plus who brought the horror to power, when you can’t tell who should be counted among the ninety-million-plus who shrugged and stayed home, or when your fellow Americans tell you that knowing things is elitist and they hate elites, and all you have ever had is your mind and you were brought up to believe in the loveliness of knowledge, not that knowledge-is-power nonsense, but knowledge is beauty, and then all of that, education, art, music, film, becomes a reason for being loathed…”

Coined the modern-day Don Quixote, Quichotte is a metafiction novel about a man who travels across America obsessively pursuing a celebrity television host.

“BE A LAWYER in a lawless time was like being a clown among the humorless: which was to say, either completely redundant or absolutely essential.”


Why Was Salman Rushdie Stabbed? 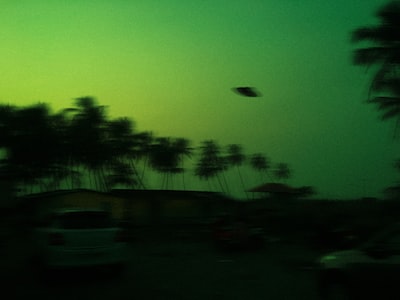